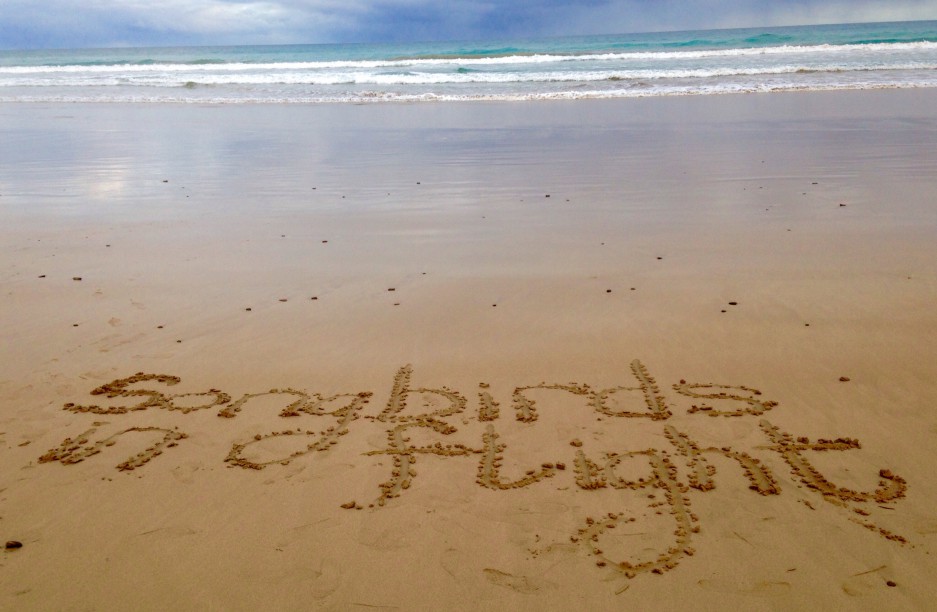 Travelling is about places. They lead you to make plans, book flights, quit jobs (…get stressed ordering stuff you don’t need on Amazon, which you throw out once you get there). In the run-up to leaving, the places I’d be visiting dominated my mind’s landscape, filling me with anticipation and excitement. It’s what I talked about incessantly before I left, reeling off country names as if I were about to pop to Tesco for them.

Danielle and I have visited beautiful sites, listened to commentary, taken photos, and done the activities that we ‘ought’ to have done because we were there (and handed over a small fortune in the process). The majority of the time (and obviously excluding Stewart Island and the godawful ferry journey: see previous post), it was worth it: sea kayaking at Abel Tasman national park, taking a helicopter and hike up Franz Josef glacier, cruising the breathtaking fiord of Milford Sound. These are the things I’ve talked about when people ask me how it’s going and what we’ve been up to. 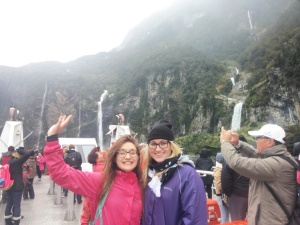 But there are other details that deserve a mention, details that contribute more to our experience and, most importantly, our happiness, than we give them credit for. What has made me smile most on this trip isn’t a landscape or an activity; it’s human beings. 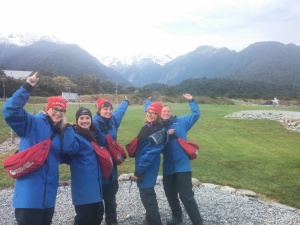 I probably didn’t need to come half-way around the world to play board games with a bunch of Europeans, but equally, I didn’t cry with laughter whilst climbing a glacier.

We paid for a comedy night in Melbourne, but we didn’t pay anything for the infinitely funnier experience in Auckland of Danielle finding a snail on her pillow at 4:30am. It was a bit much to process at the god-early hour (“A what? There’s a snail?”) but it quickly became hilarious once we’d woken up.

One thing travelling affords you is time. Time to hang out, talk, play games, get to know people. People who would otherwise pass you by, or who you’d struggle to fit into your hectic schedule of work and pre-planned social activities. Travelling gives you time to just be, and to be with people. I’ve noticed how it’s the exact opposite of travelling on the tube in London, where you make a beeline for the emptiest  carriage and the greatest possible distance between your seat and the next person’s. Here, you don’t avoid people; you gravitate towards them. Once you’ve made your  dinner, you look for a table with other people on it and sit there. And nobody thinks it’s strange, because in the absence of close friends and family, everyone has an appreciation for other people, and an understanding that being together is just…happier . You don’t sit and chat to people in the evenings to ‘catch up’, you sit and chat just to be with them. And what’s so nice is that you don’t need any excuse, other than being human. 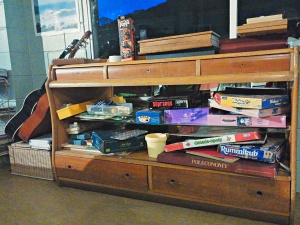 Travelling is the most human form of existence I’ve experienced. On a biological level, we’re social animals, so the act of sharing food and bedrooms and always having people around actually feels…natural. Far more so than the isolated existence that cities like London cultivate.

I opted to stay a couple of extra days in Kaikoura after Danielle, along with the friends we’d made, left on the bus for Wellington. Kaikoura is beautiful: there’s coast, mountains and a quaint little town. 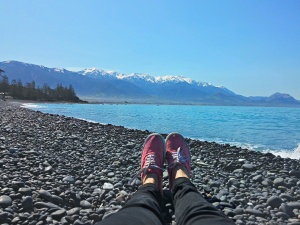 It was…nice. And it was also a bit boring. I went and got my hair cut. Because none of it meant very much without having someone there to share it with. I thought I’d appreciate the time to myself, which I did for around half an hour. Maybe it’s because I’m an extrovert, but I don’t believe going off alone is a way to find yourself; I believe other people help lead you towards yourself. Whether that be laughing on the bus; giggling as you attempt to salvage burnt halloumi from the bottom of the frying pan; voting over the more creative answers whilst playing Scattegories (‘Things in the sky beginning with O’, Danielle: “Old birds”); making vegetables a la ketchup; re-living torturous ferry journeys whilst trying to work the oven in the new hostel; uniting when you’ve decided that somewhere is just rubbish all round (Kathryn before leaving Stewart Island: “That was the worst muffin I’ve ever had”); breaking all the rules of the New Zealand version of Trivial Pursuit so you actually get some points; singing on the bus; seeing the funny side of being stood in the woods in the pitch black looking at glow worms (Ollie: “If there weren’t any glow worms, it would just be a bunch of people stood in a bush”); being altogether unimpressed and confused by the presence of motorbikes in the hardware store; being excited when the dorm rooms have indivuidual bed lights and/or enough plugs; finding it hilarious when people so willingly conform to stereotypes (Juanjo, the moment you strolled in with nachos will never cease to make me giggle); feeling heart-warmed to see Danielle, Kathryn and Tamara back in Queenstown after spending an awful two days on a cruise with Mauritz (see blog); and having someone sympathetically listen to the woeful tale of said cruise while you’re still reeling from it (thanks Tamara).

When I told people I was “going travelling”, the inevitable first question was always, “Where are you going?”. I’ve quickly realised that by far more relevant are, ‘Who are you going to meet?’ and ‘What are you going to learn?’ And perhaps, ‘Where’s the free food shelf?’

One thought on “Travelling: the other things”